I’ve been writing a story for almost seven months. Finally, after much research, and a 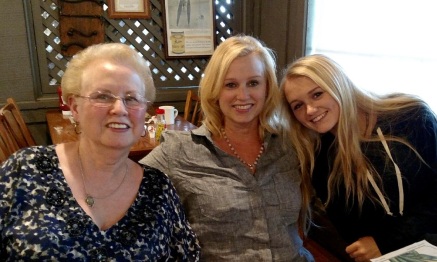 When the DNA is strong

gazillion hours of putting in the hard work, I finished the manuscript. My husband asked if I was feeling celebratory. My response was a blank stare.

After I type the best two words (THE END), My brain goes hard into overdrive. Did I forget something or someone? Did I tie things up? Did I drop something I started along the way? Did someone have a cat and I never mention it again? That’s before I dive deep into the editing. Then there’s the timeline. Days, months, years. Did I stick with the continuity of it all?

That’s when I ask some folks to read it with fresh eyes and give it to me straight. I can’t do it alone. I don’t trust myself after rolling around in the words for so long. Plus, there are multiple points of view, which makes it even more complicated. Every scene from each POV has to match up the next time I’m in their head. Pardon my brain fog…

But I’m excited about the story–or I will be once it’s all cleaned up.

It’s a story of a woman who gets a DNA test as a gift instead of her expected engagement ring. Predictably, for a great story, the results aren’t as expected. Not only does she figure out that she was adopted at birth, a minor detail her loving parents never found the right time to tell her, but she’s got a sister who shows up on her “connections” profile. This leads her to her birth mother, who doesn’t want her to know who her birth father is except to say, “He’s a bad man.”

But as fate and fiction would have it, she gets an alert on her profile soon after that she has another connection. A brother on her birth father’s side. Now, there’s a whole new branch on the family tree; one that’s far more complicated.

This is a story about family; the old, the new, and finding out that some things, as unwelcome as they seem, can complicate and enrich one’s life in equal measure.

Set in the Low Country around the Sea Islands.

Let me just say that researching unexpected DNA results was fascinating. I spoke to several people who’d found out they had siblings and parents who were different than they’d believed. One woman in Florida found four sisters she knew nothing about. Her father had impregnated women throughout the state. They expect to find more matches.

I haven’t done a DNA test personally, but I look so much like both my parents that I wouldn’t expect any surprises, but I might do one for the sake of genealogy.

How about you? Do you have a good DNA story?

I hope you have a wonderful weekend!! 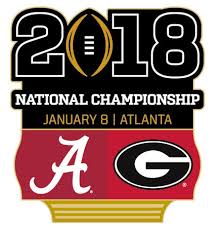 No matter how you feel about football, there’s a buzz of anticipation in our area surrounding the upcoming University of Georgia versus the University of Alabama national championship game this weekend. I live in the heart of SEC football territory here in metro Atlanta. My son is a graduate of UGA even though we are big LSU fans (also SEC). I would like to say I’m rooting for Georgia, or Alabama. I am neutral, however. When you’re a fan of one big team, it’s hard to root for another.

I write books set in small-town Alabama, so much of my time and energy this year has been spent researching football schedules and creating scenes in my stories about football rivalries between family members and games played during the holiday season and beyond. It was as if I could see the future. I also wrote about two characters who

were on opposite sides of the pro Saints/Falcons rivalry. AND in my latest book, a huge snowstorm hit Alabama and Georgia hard. Hmmm… Just hand over the tarot cards and call me psychic. Just kidding. But it was all kind of juju freaky, I have to admit. I can’t say I predicted every football outcome, but pre-writing the seasons before they were played was strange.

So, if you want to immerse yourself in the fun and excitement of the BIG GAME, plus enjoy some small town fun and romance, grab a copy of Christmas, Alabama, or really any of my Alabama series. They are packed full of all the Southern fun and crazy you could ask for, in addition to SEC football.

Or, just tune in on January 8th. Did I mention the game will be played here in Atlanta? I’ll be watching passively wishing my tigers would have made it all the way. But I wish both teams the best, as I have friends and readers who might be willing to donate a body part (a small, unimportant one) for their team to bring home the trophy.

Have a fantastic weekend, y’all!!

Hi everyone!! I’m working on a new author website! I hope those who follow this blog will find me in the next week or so on my new website, susansands.com. The domain is the same but everything will move there.

Thanks for following my blog all these years. I’m hoping to see you on my website in a few days!